The FILMPRINT translation team is comprised of experienced translators who specialize in film subtitles. Over the course of their many years of experience they have garnered excellent abilities in facing the challenges of this genre. Each translator focuses on a particular genre of film, which guarantees complete comprehension of the linguistic and stylistic levels of a work and that the factual aspects of a film will be accurate. Our permanent team of fifteen subtitlers translate from all major languages. Experts from Czech universities translate films in less common languages. Native speakers of English and other foreign languages with near-native fluency in Czech translate Czech films shown at festivals and international screenings.

Anna Kareninova edits (dramaturgy) subtitles at FILMPRINT. Her exceptional knowledge and skills in the field of film subtitles provide a guarantee that our subtitles will be of consistently high quality. We give the utmost care to the linguistic, stylistic, and factual levels of translations, and combined with modern software support, we play a major role in maintaining the high standard of film subtitling in the Czech Republic.

In addition to translations we also provide services in other areas. We can provide special language transfers such as closed captioning for the hearing impaired. We can update of older translations and will also edit scripts or translations provided by clients.

Each year FILMPRINT subtitles more than one hundred films shown in the cinema as well as dozens of other programs for other media. 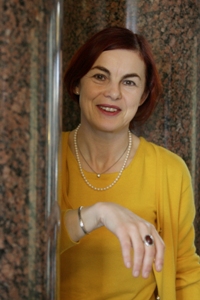